The spirit of Miu Miu is captured by two celebrated young actresses of the moment, in photographs by Inez van Lamsweerde and Vinoodh Matadin.

Léa Seydoux and Adèle Exarchopoulos, French co-stars of Palme d'Or-winning Blue Is The Warmest Colour, embody the feminine optimism of the 2014 Resort collection with smouldering charm.

Five flirtatious compositions capture their candid chemistry: an arm casually slung over a shoulder, leaning together in a mirrored pose, casually reclined across each other on the floor. 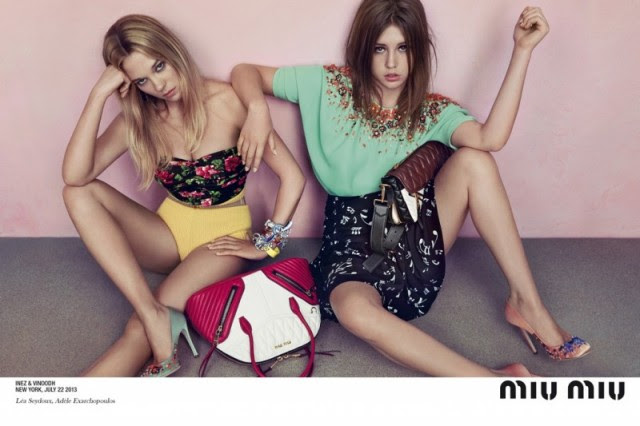 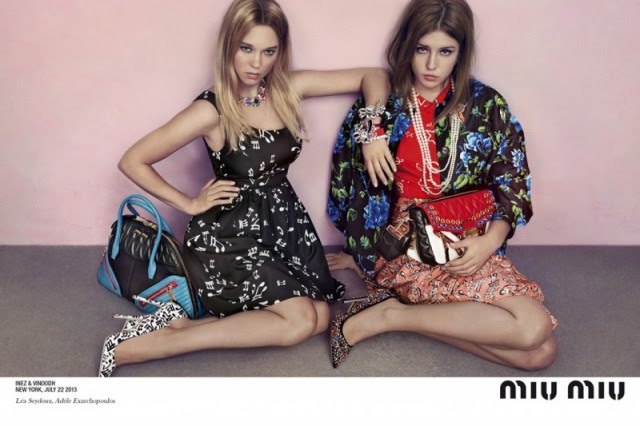 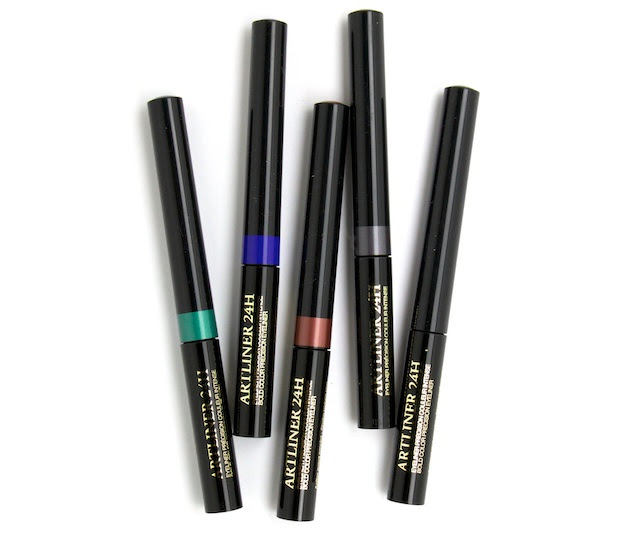 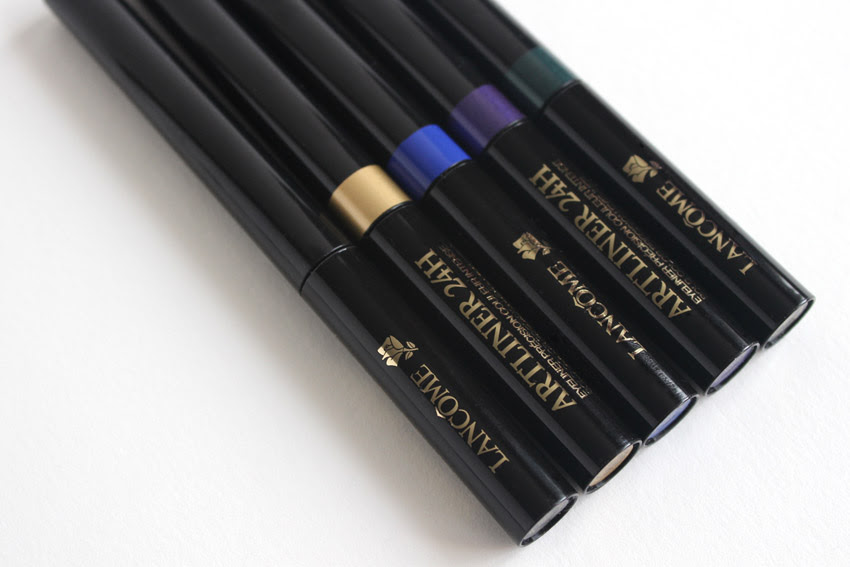 We Are Handsome X Soludos 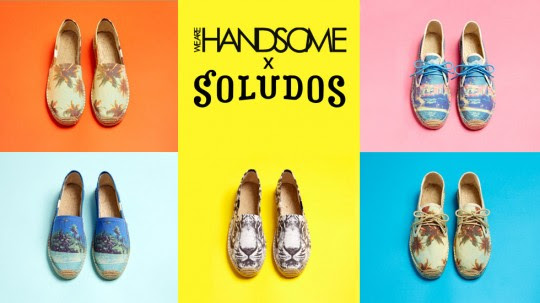 We Are Handsome just released a handsome collaboration with Soludos. "We have taken our imagery and created a unique range of Espadrilles." says WAH. Made out of 100% cotton upper, you will never want to take these off. Using their playful and summer inspired prints including our favorites: The Vagabond, The Tropical and The Paradise, they are THE summer essential! 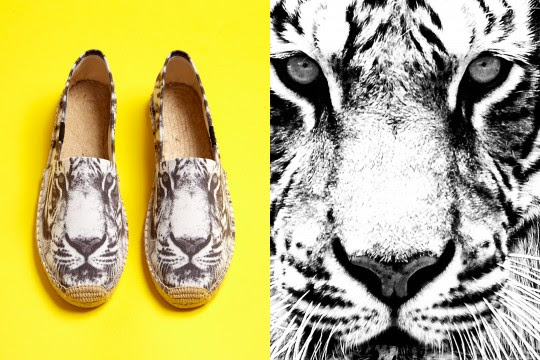 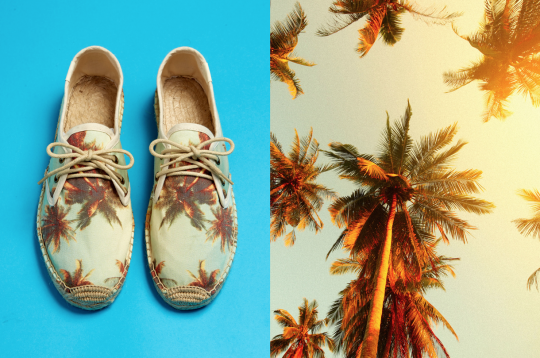 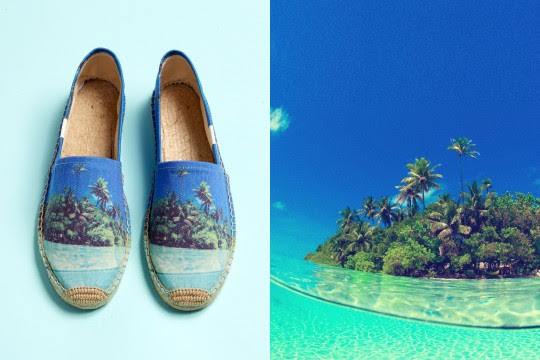 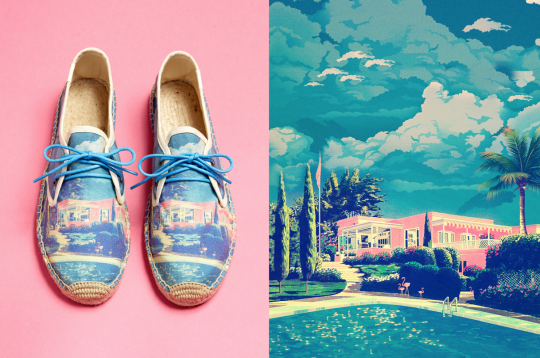 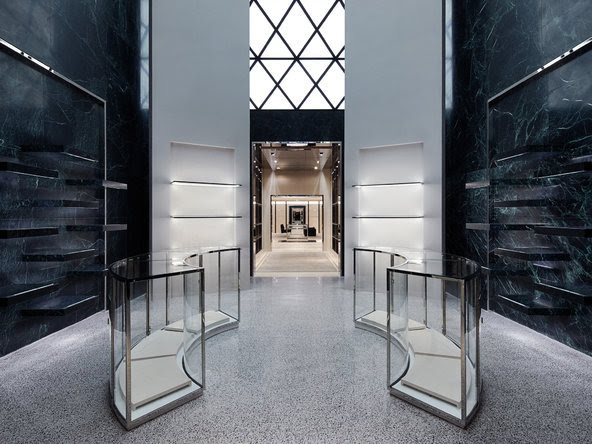 With its dark green Verde Ramegiatto marble walls and a skylight ceiling covered with a lattice metal inlay, the new Balenciaga flagship in SoHo feels like it has been around for centuries. Alexander Wang designed it that way, working closely with his longtime friend and collaborator, the interior designer Ryan Korban, to turn the bilevel space on Mercer Street into something that felt like it had already stood the test of time. “I wanted to mix modern and classical materials to create a timeless space,” said Wang, who cited historic museums as inspiration for the store, his first as the brand’s creative director. The interiors are also a testament to Wang’s point of view for the brand, full of references to his debut collection for Balenciaga, which took place on a faux marble runway back in February. Even the chairs that dot the grand, open floor plan — which also includes several intimate rooms that each house different kinds of goods (ready-to-wear in one room, shoes in another, etc.) — have been upholstered in the same black “caviar” embroidery he applied to gowns in the fall 2013 collection. Combined with the sofas, they seem to beg shoppers to stay awhile. “I thought back to the time of the couture salon presentations in the Cristobal Balenciaga era, when clients had the luxury of time to view fashion in a leisurely way, but with an elevated sense of ceremony,” Wang said.

Penelope Cruz in Net-A-Porter's The Edit 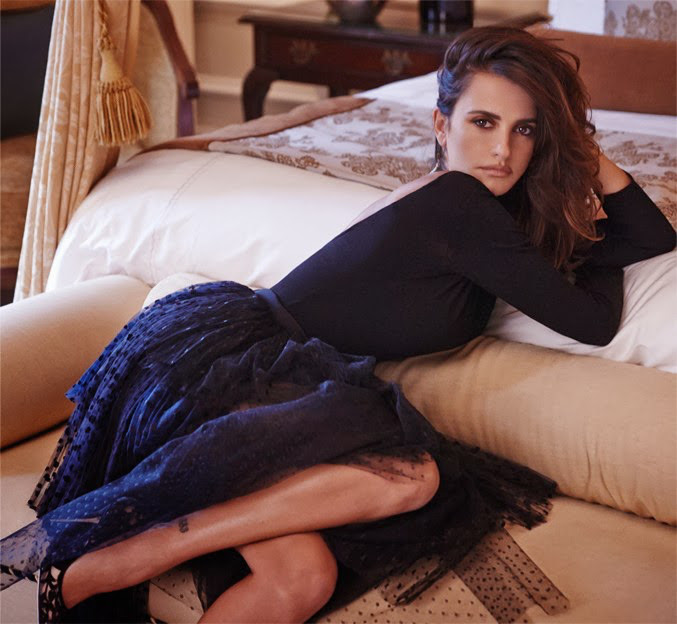 Penelope Cruz is embracing the saying 'life begins at 40' as she approaches the milestone birthday next April.

The actress told this month's The Edit magazine that ageing doesn't frighten her because she has 'so much to look forward to'.
The mother-of-two certainly belies her years as she poses for the magazine in a number of smouldering in pictures. 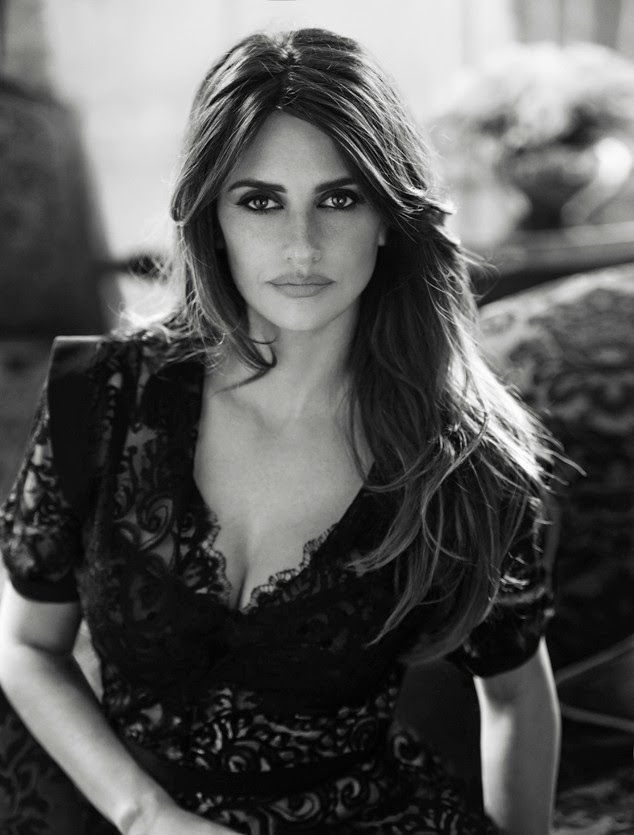 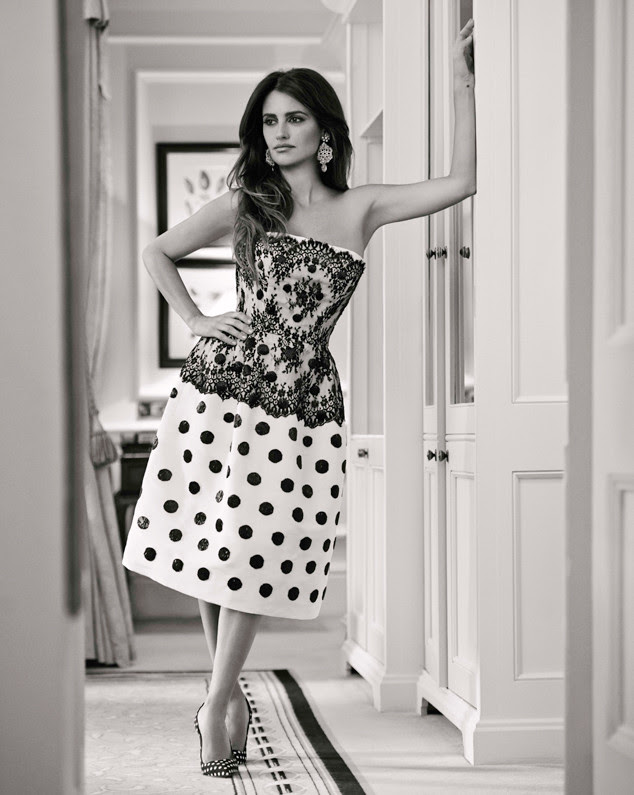 Penelope has packed a lot already into her 40 years after making her film debut age 18. She was nominated for an Oscar for her part in Volver in 2007 and after being nominated again in 2009 for Vicky Cristina Barcelona, became the first Spanish actress to win the coveted award.

Alongside her acting career, she also built up a reputation as a fashion designer, collaborating with Mango and now launching her own diffusion lingerie line for Agent Provocateur with her sister, Monica.

She had a romance with Tom Cruise before marrying fellow Oscar winner Javier Bardem with whom she has her daughter and son Leo, two.

And now she has a family, the actress admitted they are her main priority.

She said: 'When you have children, your attention is put on the more important things.'

She added: 'My priority is my family. That is the way I have been raised.'

Of her underwear range, which includes bras, briefs, suspenders and baby doll dresses made using satin, tulle and lace, she said she wanted to create flattering styles for womanly figures.

She said: 'We're very proud of what we've created. Where I come from, the figure of the woman – the mother especially – is strong, powerful, respected. Her beauty is just one of her weapons.'
The collection will go on sale at stockists including Net-A-Porter.com, Selfridges, House of Fraser and John Lewis. 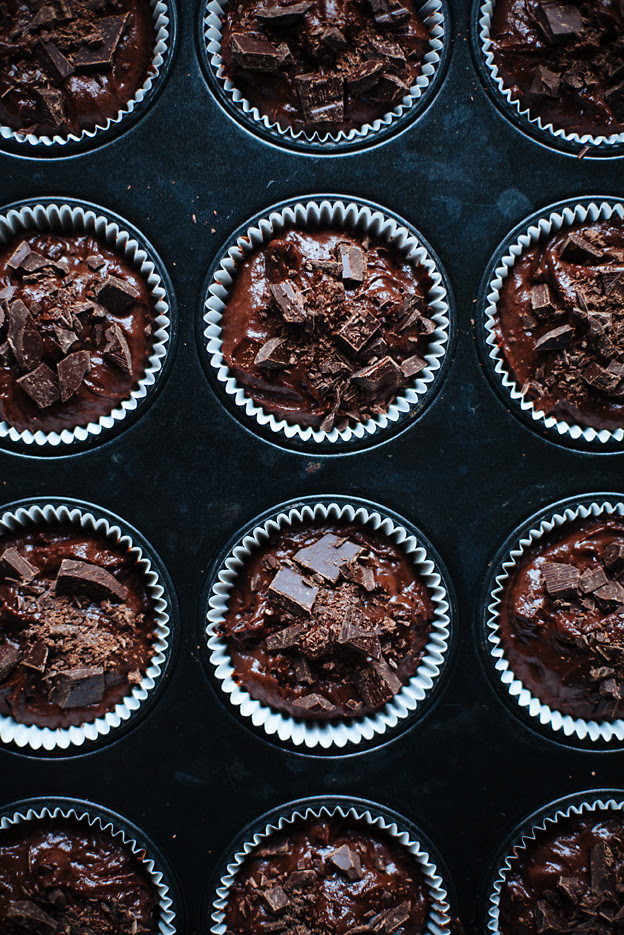 Heat oven to 200°c (392F). Prepare a cupcake pan with 12 muffin liners. Mix flour, cocoa powder, baking powder, baking soda and salt in bowl. Set aside. Mix sugar, butter, buttermilk and eggs in a large bowl. Add dry ingredients to wet ingredients and mix until just combined. Stir in chocolate, but save 1/4 of the chocolate to put on top of muffins. Divide batter between 12 liners, filling them completely full. Sprinkle with remaining chocolate pieces. Bake for 18-21 minutes or until a cake tester comes out almost clean. 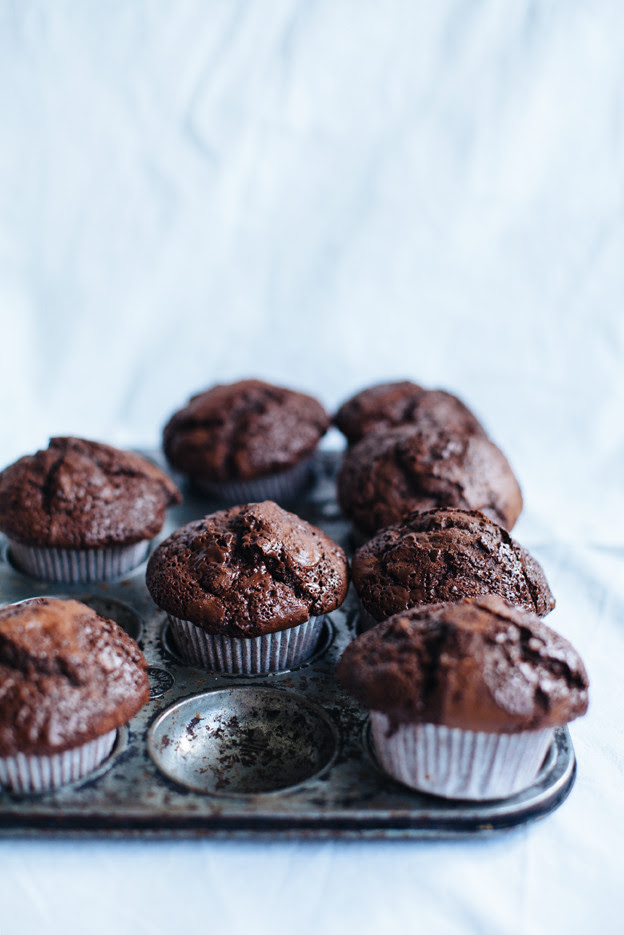 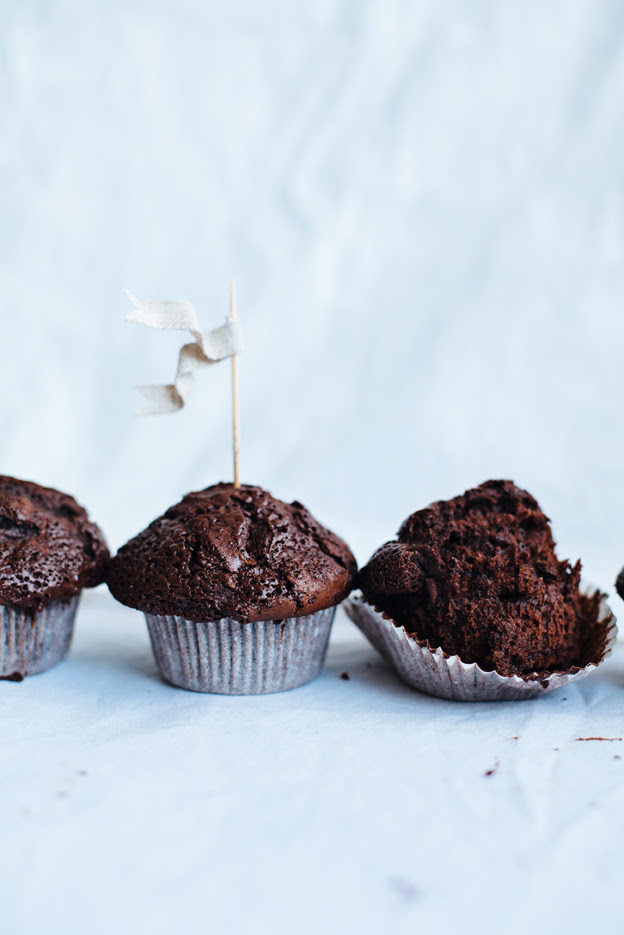 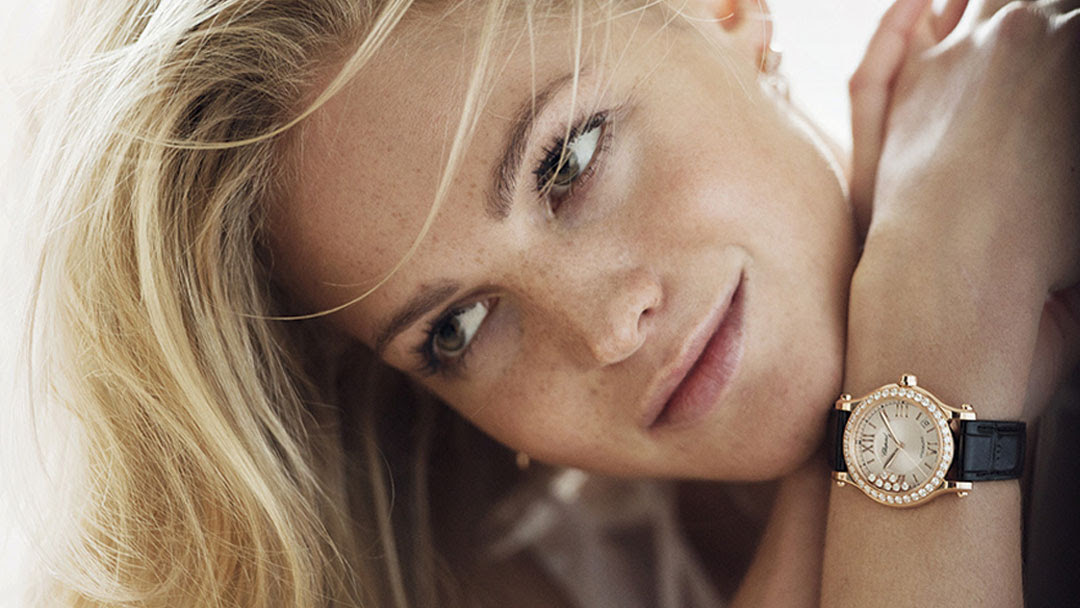 The Happy Sport Medium Automatic watch is a celebration of innovation in jewellery watchmaking says Chopard, with the highlight on seven delicate diamonds moving freely upon its guilloche silver-toned dial.

To emulate the allure of the Happy Sport Medium Automatic watch, Chopard has invited Erin Heatherton to be the face for its advertising campaign. A prominent icon of contemporary fashion and undisputed beauty, Erin Heatherton ties a perfect knot with the new Chopard timepiece. 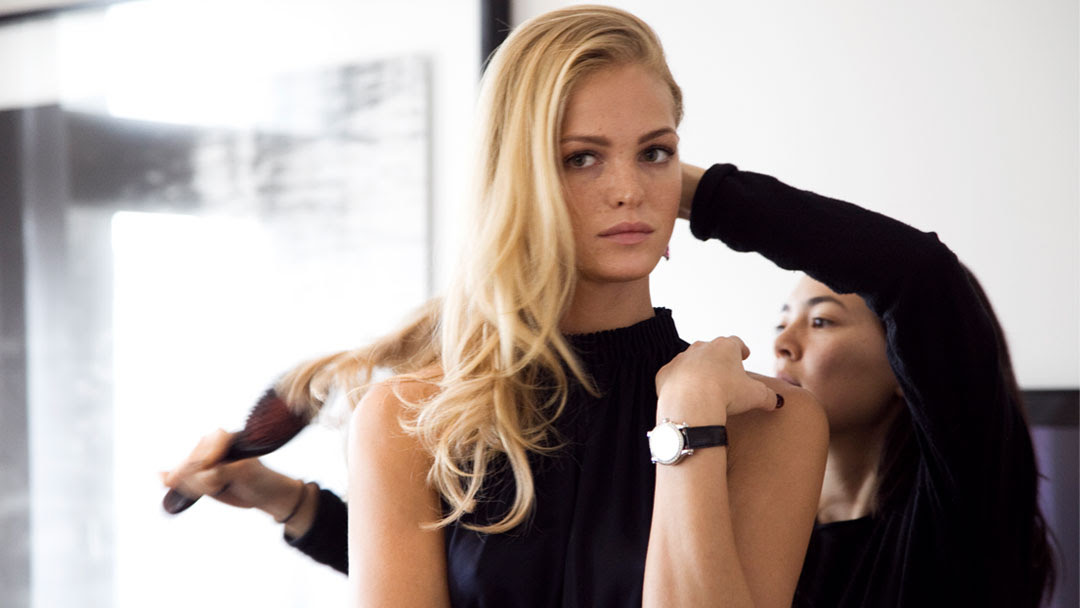 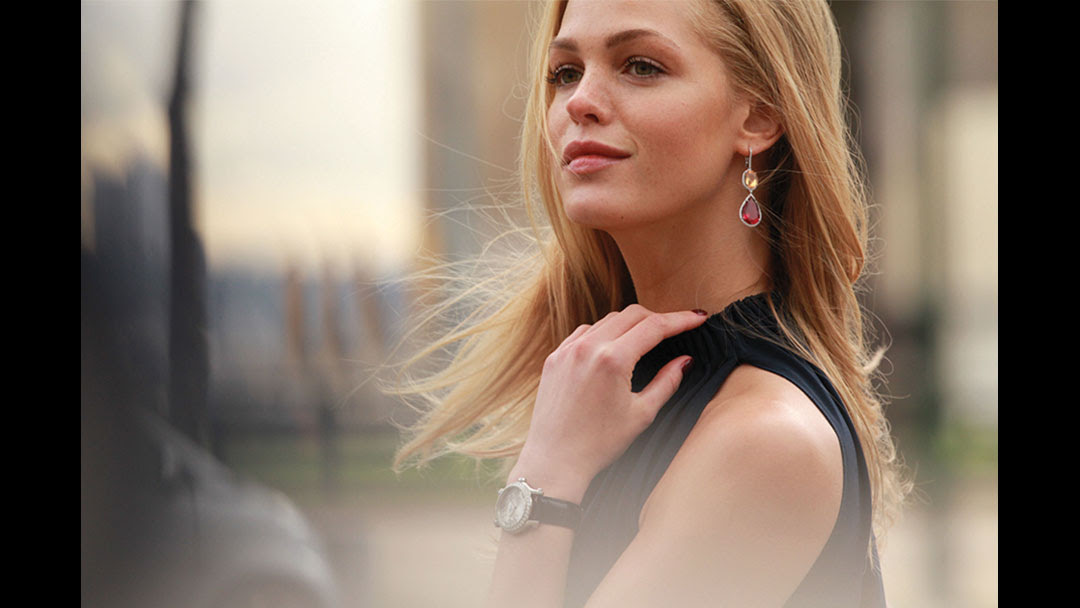 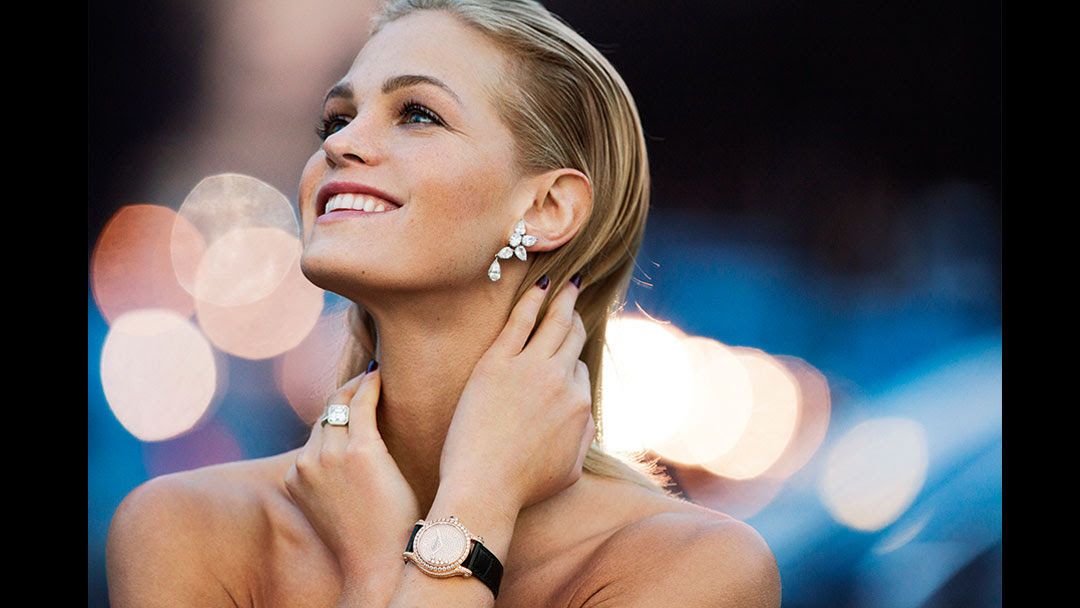 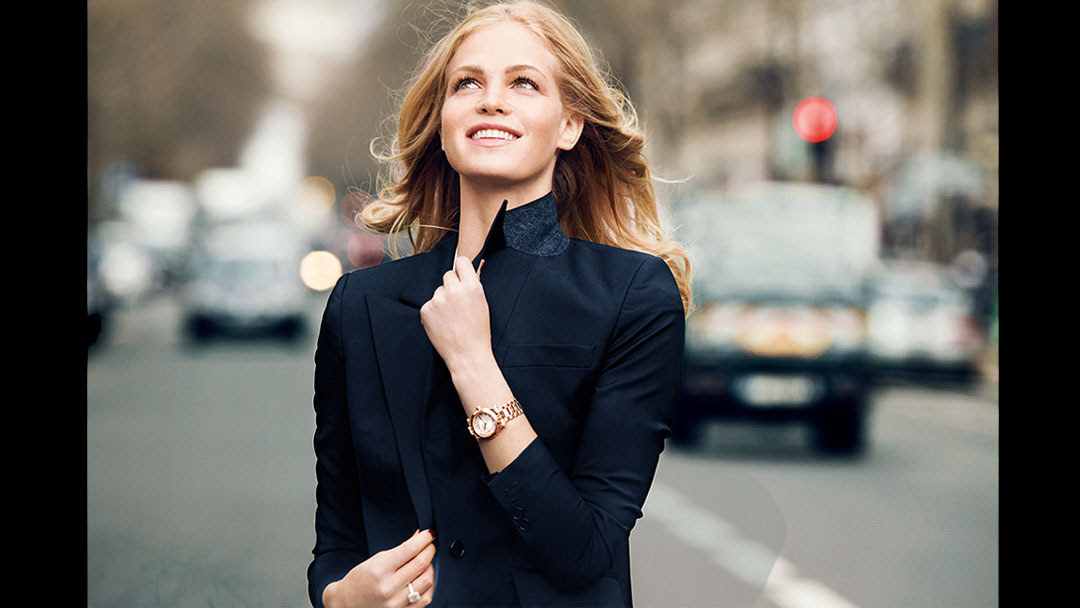 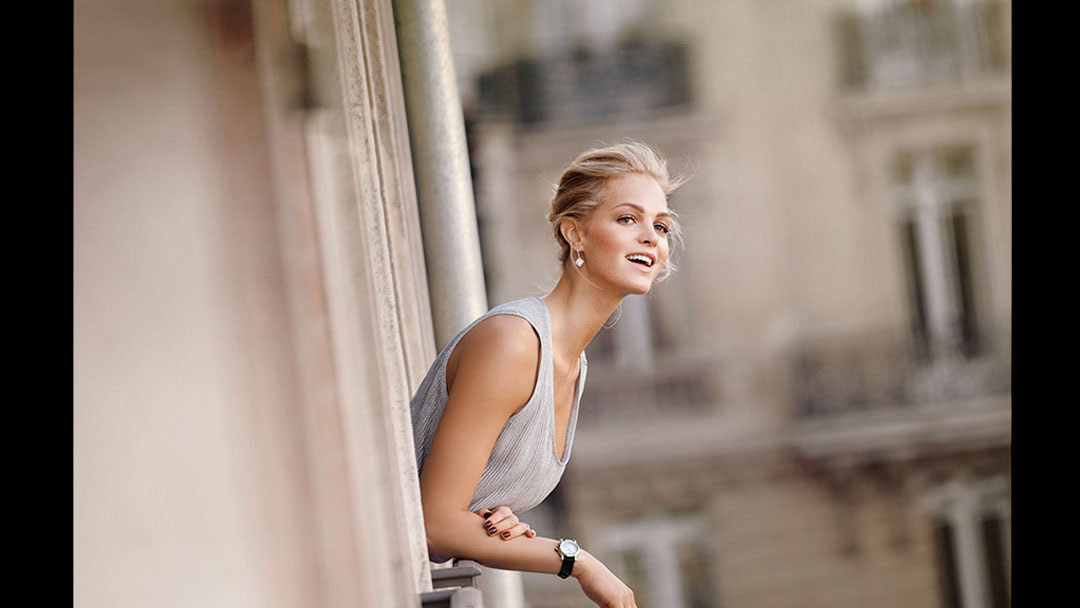 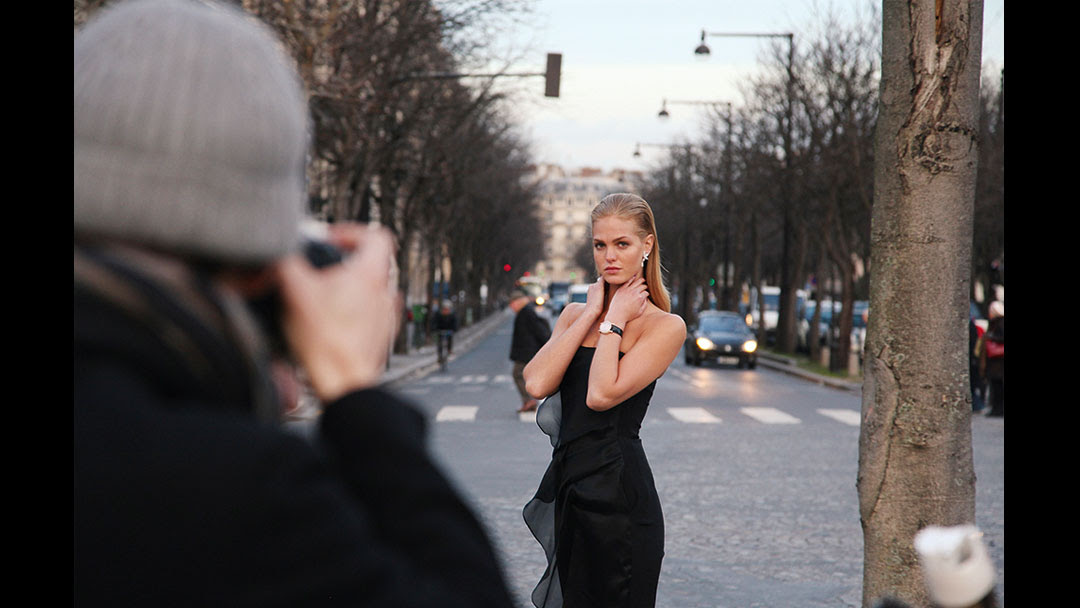 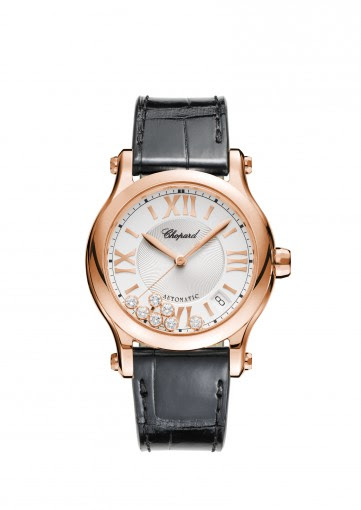 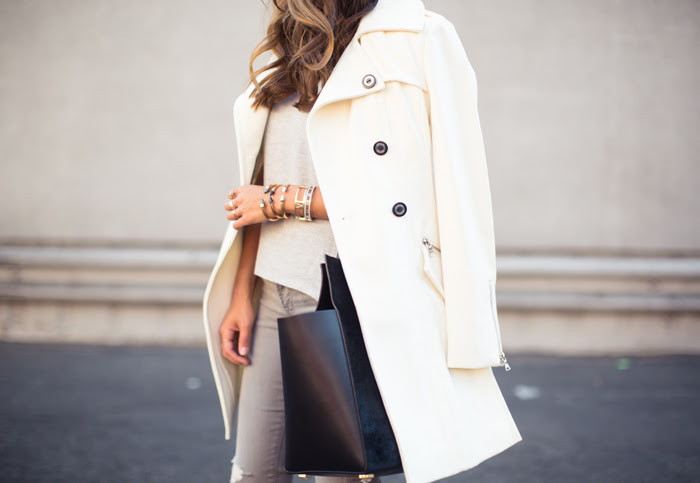 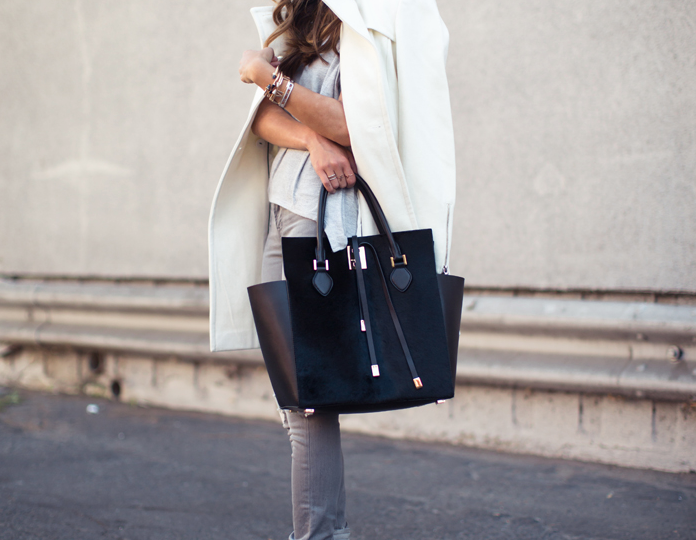 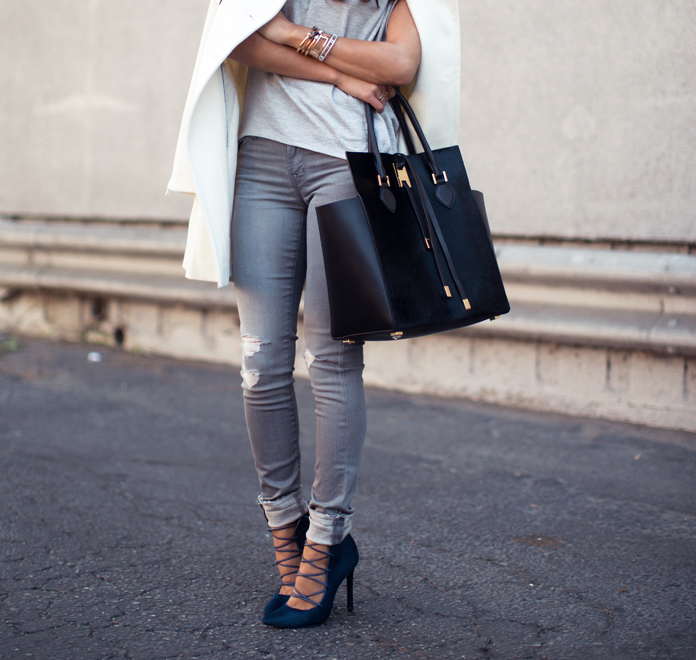 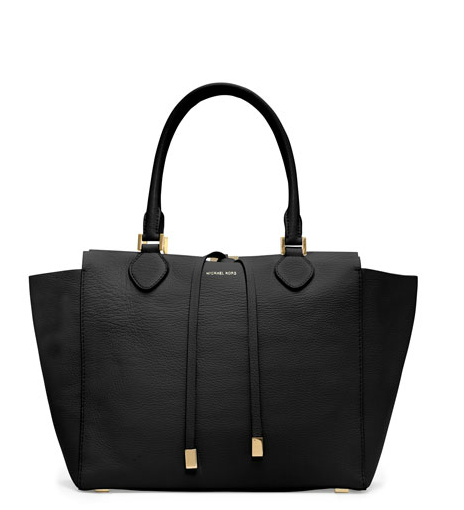 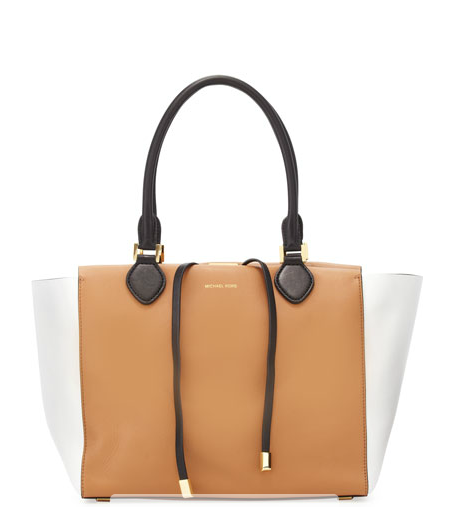 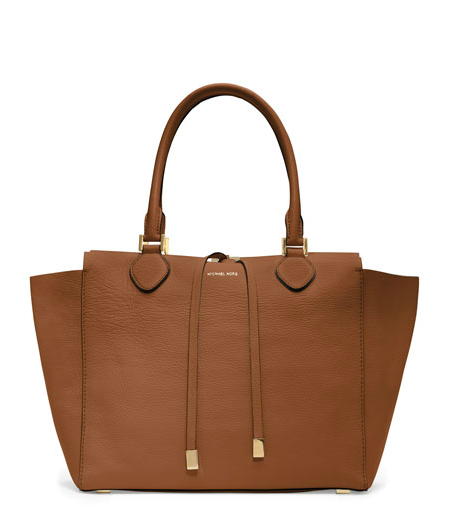