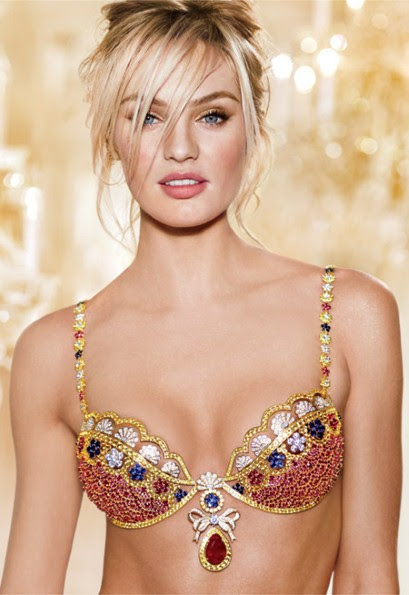 Last year the honour was bestowed upon fellow Angel Alessandra Ambrosio and the year before that Miranda Kerr, who has recently given up her wings. Other past wearers have included Gisele Bündchen and Heidi Klum.

But Candice has got a serious one-up on Kerr and Ambrosio. While their bejewelled creations were both worth an impressive $2.5 million, Swanepoel's is worth four times more, at an astonishing $10 million (approx £6.26 million).
The huge price tag is down to a 52-carat pear-shaped ruby that dangles from the bra's centre, as well as 4,200 other precious stones, including diamonds, yellow sapphires and more rubies, all set in 18-karat gold, which forms the piece's shape and matching belt.

"I've never worn anything this pricey, and we have to put gloves on when we put it on," Swanepoel told People. "It's kind of a big ordeal. The bra comes with two bodyguards and we have to handle it with a lot of care!"

News that Swanepoel will be modelling the creation has been kept under wraps for months, so the fitting process had to be done under a veil of secrecy.

"They had to mold my body to be able to make [the bra], and I was really excited," said the South African 24-year-old. "I tried to imagine after they'd done the mold, how would they make it, how it would look. My imagination didn't do it justice. My favorite part is this beautiful 52-carat pear-shaped ruby. Every part of it is exquisite."

Coco becomes Mademoiselle. In Chapter 6 of Inside Chanel, discover Mademoiselle's journey from a young girl to an acclaimed couturiere. Her passions, her success, her sorrows. The birth of Chanel N°5, costume jewelry, and the little black dress. But at the height of her glory. Mademoiselle was far from having said her last word.
Like us on Facebook
Posted by Fashionation at 12:00 AM No comments:

Your music. Your shower. Your time. To chill out. To sing. Refresh. Energize. Escape. The Moxie showerhead + wireless speaker delivers up to 7 hours of music, news and more by pairing wirelessly with your device enabled with Bluetooth® technology. Just you + water + clean, clear sound. 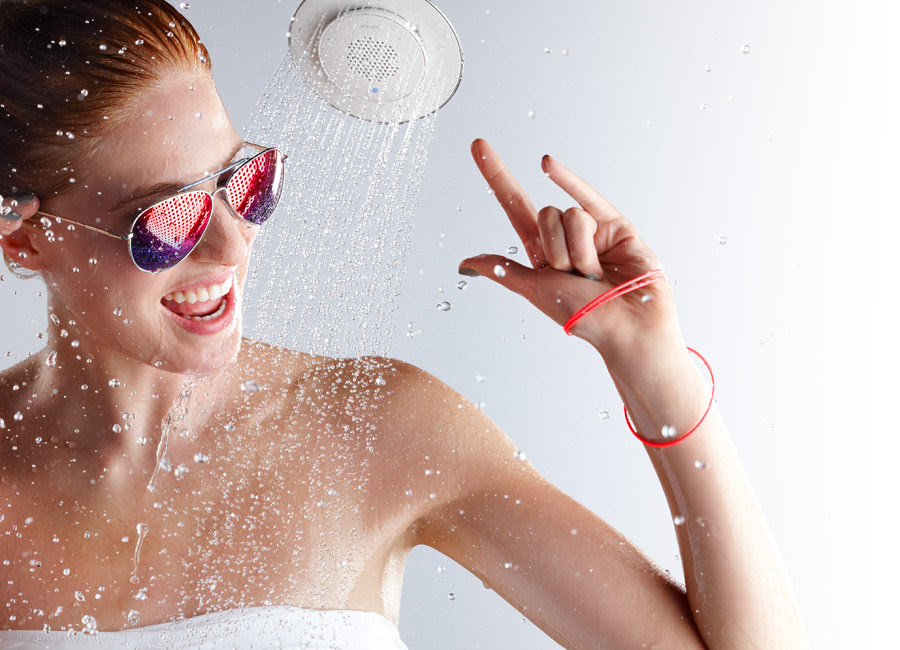 Not to be upstaged, the sprayface features 60 angled nozzles that deliver the full, enveloping spray you’ve come to expect from a KOHLER® showerhead.
Available with a water-saving 2.0 gpm or a 2.5 gpm spray, Moxie lets you save water without sacrificing performance. And the silicone sprayface of the showerhead makes it easy to wipe away mineral buildup.

Sync your device enabled with Bluetooth® technology with the wireless speaker from up to 32 feet away, and invite your playlist, podcast or live broadcast into the shower.
Plus, you can take your music with you anywhere. The Moxie speaker plays wirelessly in or out of the shower, so you can charge it up to use in the kitchen or take to the beach.

Moxie couldn’t be easier to install. Just like any other showerhead upgrade, simply remove your old showerhead and replace it with Moxie.
To use, just dock your speaker securely into place. The magnetic speaker pops in and out of the showerhead for easy recharging of the built-in lithium-ion battery*. A USB cable is included. 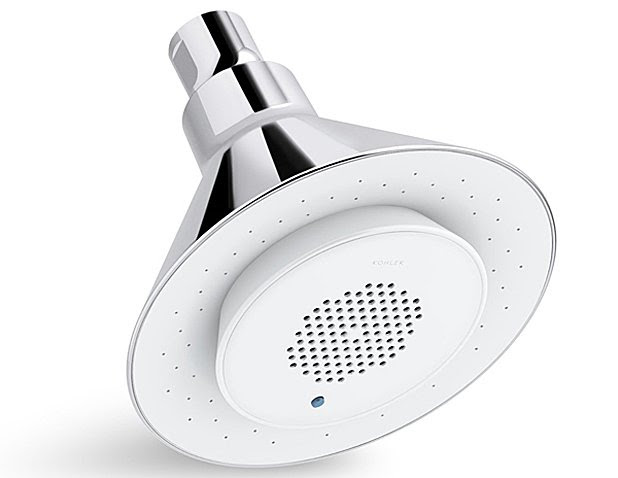 Success isn't about being the best. It's about always getting better. 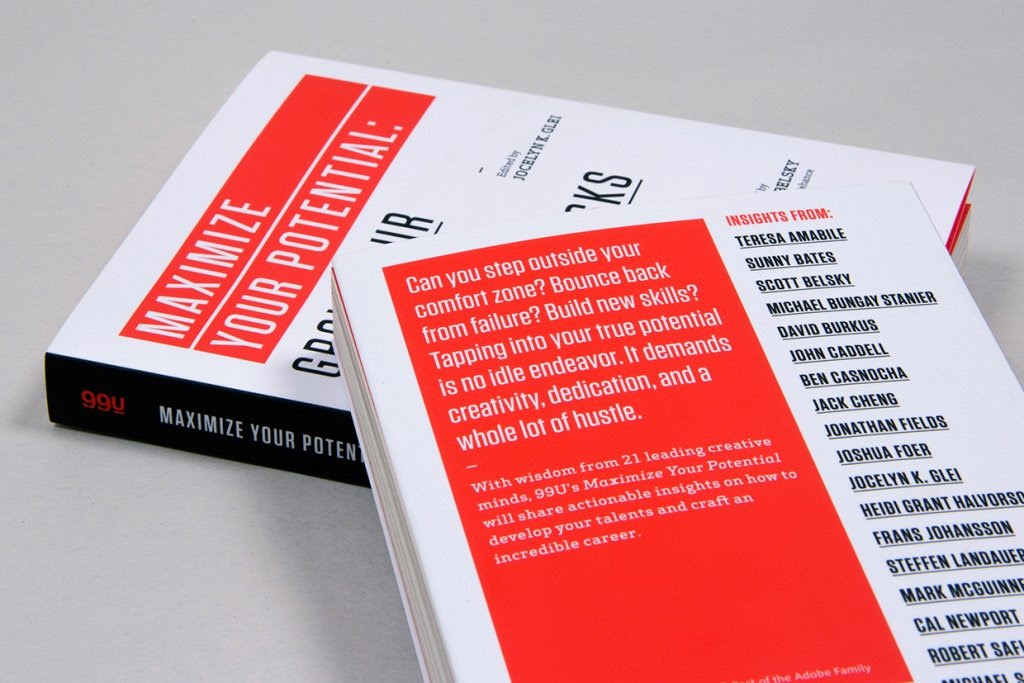 Can you step outside your comfort zone? Bounce back from failure? Build new skills? Tapping into your true potential is no idle endeavor. It demands creativity, dedication, and a whole lot of hustle.

With wisdom from 21 leading creative minds, 99U's Maximize Your Potential will show you how to generate new opportunities, cultivate your creative expertise, build valuable relationships, and take bold, new risks so that you can utilize your talents to the fullest. 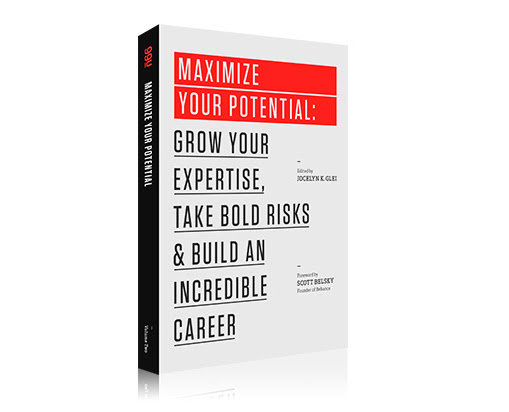